2018 Visits to Civil War Sites in Maryland and West Virginia

On June 5 we visited the National Museum of Civil War Medicine in Frederick, MD. The following week, on June 11, we drove to Sharpsburg to visit the Antietam National Battlefield. Both visits were very educational, ... and very sobering.

An inauspicious "store front" opened into a fascinating tour of medicine as practiced during the Civil War. Here are some of the highlights I recall:


The National Library of Medicine's web site tells of the horrors of amputation during the Civil War. (It isn't a pretty picture. I texted my daughter, who had graduated from medical school just over a month previous to this visit. She shuddered to think of how it must have been.)

We made a quick trip to Williamsburg, Virginia. One of the highlights of that visit was a visit to the Weldon Gallery there: 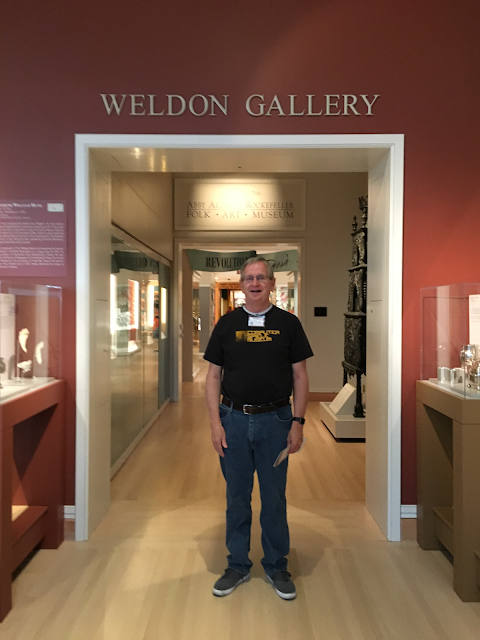 The Battle of Antietam (also known as the Battle of Sharpsburg) occurred on September 17, 1862. In that one day, 23,000 soldiers died—more than died in the Revolutionary War and the War of 1812 combined. It was worse than the Battle of Gettysburg.

Antietam was the name of a Creek. In 1836 a bridge had been built to connect Sharpsburg with Rohrersville, the next town to the south. The Confederate General Robert Toombs and fewer than 500 soldiers from Georgia guarded the bridge against three Union assaults led by General Ambrose Burnside's far larger Ninth Corps. Toombs held the bridge until about 1:00 p.m., when part of the Union soldiers crossed Antietam Creek downstream from the bridge and the rest launched another attack. Toombs retreated just as Confederate reinforcements led by General A.P. Hill marched in from Harpers Ferry.

The battle ensued in full force. By the end of the day, the farm fields were covered with the 23,000 corpses. The fields were unusable for farming for years—until the dead had all been removed and buried. Today many of the dead are buried in the nearby Antietam National Cemetery.

The battle moved to the nearby corn fields. Nearby the fields was a white building used by the Dunker congregation and known as the Dunker Church. It was the focal point of much of the battle.

The holes in the roof and walls of the church were repaired by 1864, and the congregation continued meeting there until the turn of the 20th century.

A truce was declared in front of the church on the day after the battle so that the two sides could exchange wounded and bury their dead.

The following fields (corn fields at the time of the battle) are where the battle took after the Confederates abandoned the bridge.

We noticed that Harpers Ferry, VA (now WV) was on our way back to Frederick, so we decided to drop by.

On our way out of town, we drove by the Antietam National Cemetery (where many of the Antietam Battle casualties were buried):

Arriving in Harpers Ferry, we drove up Harpers Ferry's narrow main street (lined with parked cars) and back. We discovered where Harpers Ferry National Historical Park was located, but it was closed. ... So we returned home.